Recovering? Yes I am. The family was here in various permutations for a week, and now that they've gone back home I have taken the deep breath I've been needing... and find myself wishing they were still here, or at least coming back sooner than they actually will. We did far less hiking this time around than in previous years, so I don't have many general-interest photos to share.

We did make it down to the Nature Conservancy's Patagonia-Sonoita Preserve on a horridly windy Friday to search for birds that, like us, weren't smart enough to stay hunkered down someplace sheltered. Sonoita Creek, fed by groundwater, flows perennially and is so clear and surrounded by greenery that it looks fake. 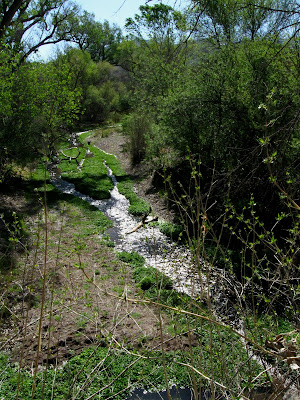 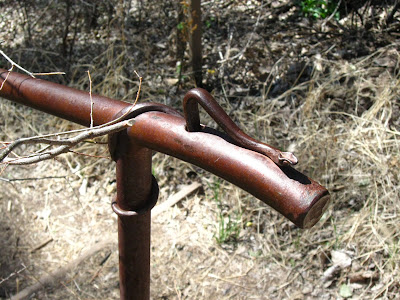 The preserve has a few miles of interconnected trails, about half of which follow the creek before looping around through a partially burned mesquite bosque. The birdwatching was probably hampered by the wind, but we managed to spot a thick-billed kingbird (rare in Arizona), a Cassin's kingbird, several vermillion flycatchers or possibly a single, very energetic flycatcher, finches by the bucketload, a black phoebe, and a pair of gray hawks that we heard whistling for an hour and a half before we finally saw them wheeling in the updrafts.

The preserve is notable not only for the year-round stream and numerous bird species, but also for its stands of old-growth cottonwoods, some of which top out at 130 years old and about a million feet tall. These are the oldest and largest cottonwoods on the planet. 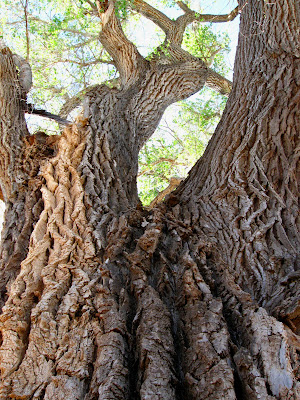 After a day well-spent, we retired to my back yard and watched my aunt grill up slabs and slabs of ribs, and then we worked off dinner in the best possible way. 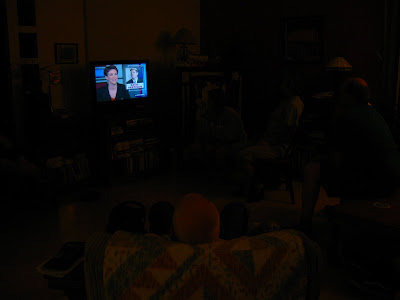 The family gathers 'round the TV machine to watch Rachel.

Tonight I'm watching basketball and thinking I'm pretty damn lucky to have been born into this family. Good times, people!