Okay. We have established that the US Women’s National Soccer team is in a bit of disarray, playing stale football, led by a coach who displays an increasingly baffling allegiance to tactics, formations, and personnel that simply do not work. The World Cup looms on the horizon. We are getting jittery. Then the new Eurosport catalog landed in our mailbox yesterday and helped us discover new levels of despair.

What the fuck, exactly, is this? 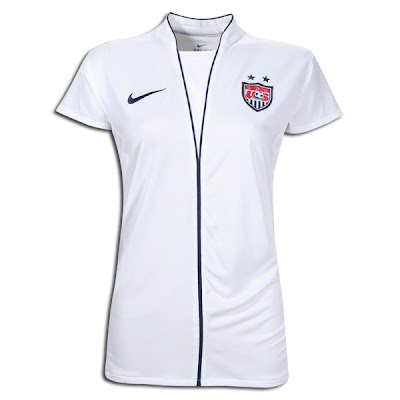 The hell? What the holy hell is this, and who thought it was a good idea? Remember the jersey before this one? The plain one with the badge and wide stripes across the shoulders? The gold version was a little over the top, but otherwise it was a simple, elegant design that was cut for a woman’s shape but prioritized being a soccer jersey. 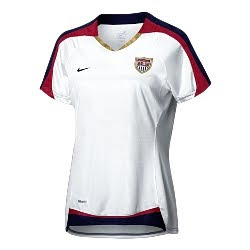 Shirt for a soccer player.

Then we got this one. 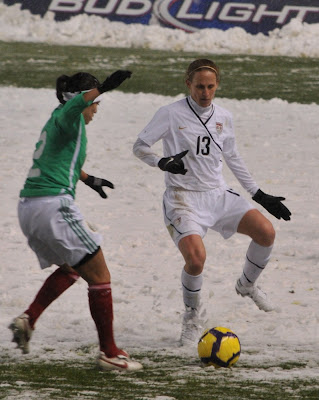 Hi, hon, are you here today for a color or just a cut?

So maybe it is simply part of the natural progression of what passes for US Soccer logic that a player should step off the field, remember she’s a woman, and get on with real woman activities, such as "go to the salon" and then "go back to work as a dental hygienist." Maybe I’m wrong about that last one. Maybe it’s really "go back to work in sickbay on the Enterprise." Whichever the correct interpretation may be, "be a soccer player" ain’t it.

How do you tell the difference between, say, a male Norwegian national uniform and a female Norwegian national uniform? By the gender of the player wearing it. How should you be able to tell the difference between the US women’s kit and the men’s kit? By the two stars the women get to wear above their badge. That should be it. England puts their men and women into the same kit. Germany used to, but now, just when the Germans have the most awesome away jersey in the history of away jerseys—and right before Germany hosts the World Cup--they’ve stuck their women’s side into something they apparently stole from the rhythmic gymnastics team warmups. 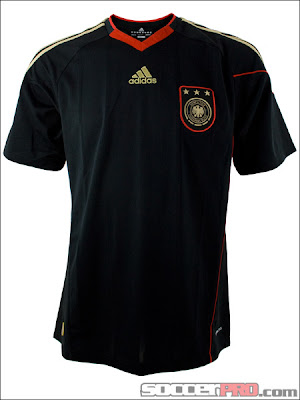 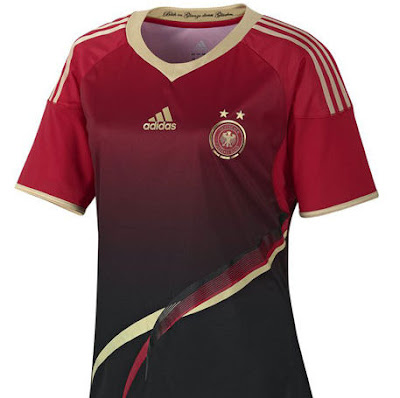 Please, US Soccer. We’ve been round and round about this sort of thing before. If Brazil, Argentina, and Mexico can deign to allow their women’s teams to wear the same designs as their precious men’s teams, can the US not come up with a single clean design that both our sides can wear? Not one that harks back to the glory of a single game the men won in 1950, not one that might as well be plastered with giant type reading O HAI WERE JUST GURLZ WHATS SOCCUR, just a simple kit that says we are the USA and we are here to kick your ass.

I will stick with my men’s jersey for this World Cup, though the idea makes me sad. And I wouldn’t buy the Dr. Crusher uniform even if I could stuff my shoulders into it, which I most assuredly cannot. At least they’re not trimmed in pink. Yet.