Where Have We Seen This Before?

Hmmm. Execs from the top five oil companies were called on the congressional carpet yesterday to explain why they've all been using the same cribbed disaster response plan that was apparently originally written for a well located in an Inuit neighborhood a long time ago. Would saying the entire thing was made of weapons-grade awkward be a gross understatement? Yes. Yes, it would.

The second squirming executive at 0:57 is very familiar, but I just can't put my finger on where I've seen him and that look on his face before. Oh. Wait. 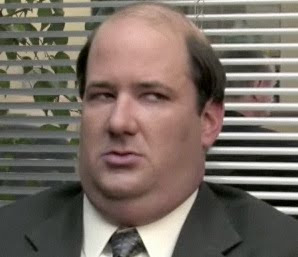 Michael told me to write a disaster response plan, but I spilled my gallon can of Cheez Whiz on it. Costco, nine bucks. So I copied this other plan I found on the internet, and if anyone asks about it, two words: Caribbean. Walruses. It could happen. That's five words. Sometimes you have to think outside the box. [/kevin]