Another Day, Another Kerfuffle 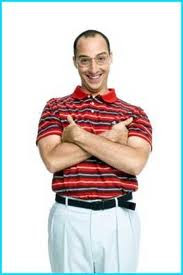 Michigan's assistant attorney general Andrew Shirvell is in trouble for cyber-bullying the president of the University of Michigan's student government, with blog posts calling him, among other things, a radical homosexual activist--excuse me, let me make sure I quote Mr. Shirvell accurately--a RADICAL HOMOSEXUAL ACTIVIST. I vaguely wondered if there was any chance that this might be yet another tired cliche of a self-loathing homo acting out by attacking a gay person, even though it's been done to death recently (really, Eddie Long, it's so derivative at this point--but the iPhone Under-Armour-in-the-bathroom pics were a nice touch!). So I figured I'd watch the video, and then Mr. Shirvell started talking at 0:24 and by 0:26 my gaydar was completely melted down into the same puddle with my irony meter and I spent the next seven minutes giggling uncontrollably.

I have so many questions. How did this guy manage to get a job in the first place, much less manage to keep it more than a week? As assistant AG? Really? He's really an assistant attorney general? Like, for a state? And he really doesn't think any of his Perez Hilton stylings are the tiniest bit inappropriate for any, you know, actual adult who's decided to pick on a college kid? Oh, wait, that question answers itself.

“Did he think he was just going to get some kind of free pass just because he’s gay or whatever?,” Shirvell said earlier this month with Detroit TV station WXYZ. “I mean, we’re all adults here and so, you know, we’re treating him like an adult with adult level criticism.”

The University of Michigan must be so pleased. As a Notre Dame fan, I certainly am.

I was on the UM student government for two years. The president has soooo little power- it amazes me that this idiot is so hot for him.