Crazy. Everything has been crazy since Friday night. My beloved grandma had a stroke, and finally died early Sunday morning. I have been in a daze since then, trying to make travel arrangements back to Illinois (at the end of the Thanksgiving holiday weekend, LOLOLOLOLOL) and trying to sort through my feelings while texting with my brother nonstop. The consensus is that we want a time machine set for our childhood, equipped with a giant PAUSE button.

Grandma was a prodigiously talented musician and a gifted teacher who guided generations of students through Every Good Boy Does Fine and everything that flows therefrom. In 1988, the town where she and my equally talented grandpa lived and taught hosted a salute to them, inviting 40 years' worth of students back to sing, dance, and celebrate their touch on their lives.

Want a story? All you had to do was say Grandma, tell me a story and she'd say all right, give me a minute, and after 20 seconds or so of gazing intently at the far wall, would launch into a richly detailed and complex yarn--all from scratch!--populated by some of your favorite children's literature characters plus new ones of her own invention. Twenty minutes later, after hanging on the edge of your seat to find out what would happen, you marveled at the story. And she went back to whatever she was doing without skipping a beat.

Her house is gone now, sold to a younger guy in the small town she stayed in until the end. My childhood is now consigned to the realm of memory, my heart forever living in the yellow house on North Avenue, at the end of the long gravel driveway, where the screen door slapped shut and you walked across the porch and through the Dutch door into the kitchen. If it was winter, the heat blasted you in the face with a wave of coffee and whatever had most recently roasted in the oven, a pie or a cake on the counter, Grandma up to elbows in flour or soapsuds, always delighted to exclaim your name and put down her work to come hug you. If it was summer, the buzzing green floor fan carried the scent of lemons from the pedestal dish on the table to your nostrils, followed by the scent of the old wood in the walls.

Forever, if I want to be back in Grandma's kitchen, I only need to briefly hold a lemon to my nose, close my eyes, and breathe deep. And I am there. But she is gone. 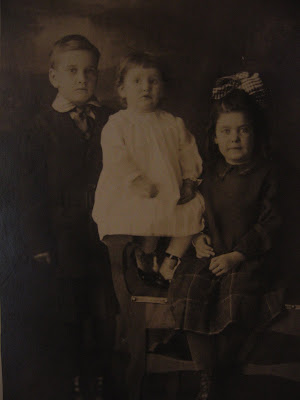 1920, age 2, wearing the baptismal gown her brother George (left) had worn before her, subsequently worn by her sons, me, my brothers, and my son. 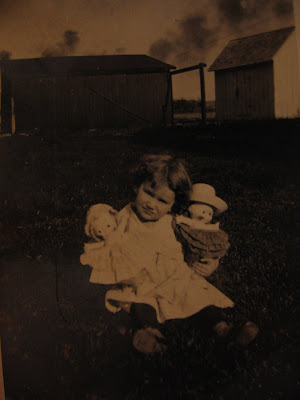 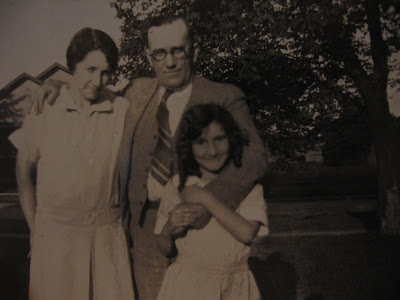 Age 10, roughly, with her mother, Maude, and beloved father, George Sr. George was an Irishman who could do a mean jig. 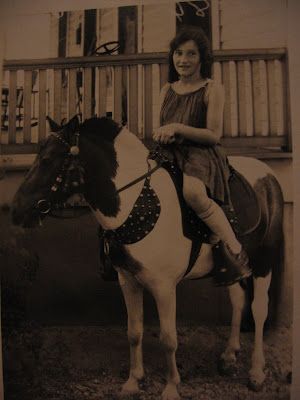 Age 12, more or less, on a pony whose name was not recorded for posterity. 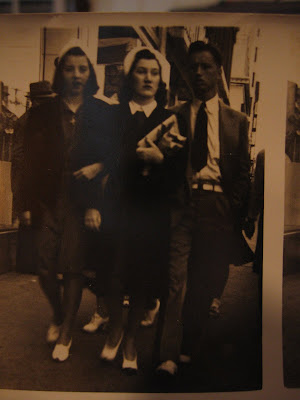 On a college trip to St. Louis (middle) with a friend and her beau and future husband, my grandpa Gus. 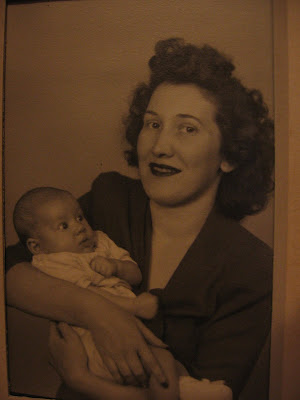 Wartime mom with my oldest uncle. He was born while Grandpa was stationed in Blackpool, England, directing the US Army band. 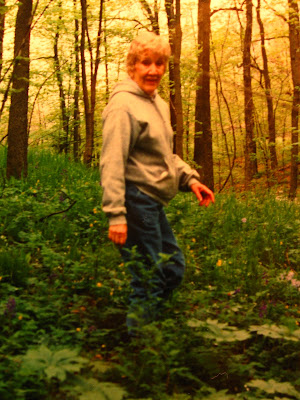 Flash forward to 1997. Tromping through mayapples while mushrooming in southern Illinois. 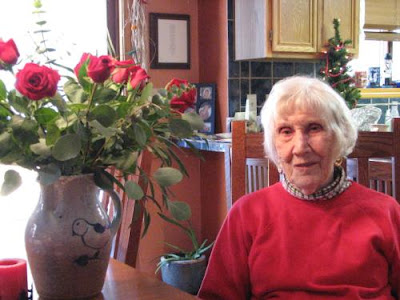 On her 90th birthday. 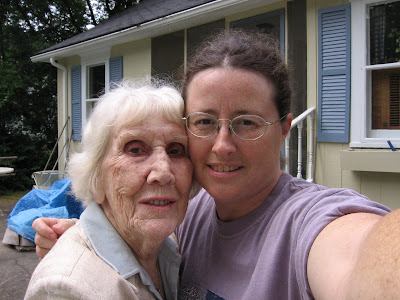 The last picture I took with her, July 2008, on her back patio, Olney, Illinois.

I'm so sorry to hear this!! My maternal grandmother (my only surviving grandparent from 14 onwards) unfortunately had a stroke years before she eventually died (this year as well), so we had to watch her decline... I wish you the uttmost luck in getting home safely and keeping your memories of her alive.

Oh my, my, my, my ... I am so sorry for your loss ... and so appreciative of this beautiful post and tribute to an amazing-sounding woman. The yellow house, the story-telling, the lemon smell, the photos, the music ... the loss ... thank you for sharing so vividly. I love the photo in the mayapples especially ... almost like you found that PAUSE button. Life is so precious ... I wish you many, many more moments of warmly remembering your grandma ... and safe travels!