In a brilliant move calculated to win the heart and vote of every middle-aged former slacker who was ever called on in class unexpectedly after a night of MTV and Atari 2600 instead of the assigned reading for civics class, Palin nails this exchange with ABC's Charles Gibson:

Gibson: Do you agree with the Bush Doctrine?

Palin: In what respect, Charlie?

Gibson: The Bush -- well, what do you interpret it to be? 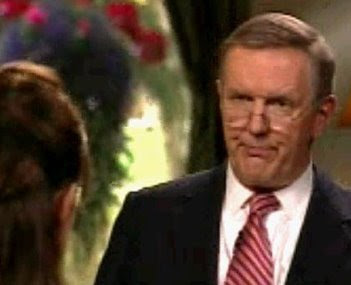 Oh, absofuckinglutely beautiful! I got that look so many times from Mr. Chandler back in 1985! But! I was not running for Vice President of the US at the time!

I will not jump on Palin for saying we might perhaps have to go to war with Russia if Georgia were admitted to NATO and Russia happened to invade them again, since pledged military assistance is kind of the whole point of NATO in the first place. A better question might have been on her position on Georgia's (and other former Soviet republics') attempts to get into the military BFF club, given our current over-taxed military and substantially diminished standing as the world's primary law enforcement officer. That would be particularly interesting in light of Randy Scheunemann's preeminent position in the McCain campaign. Alas, it will have to wait until the debates.

Oh, and one more thing. I cannot take four more years of anyone in the executive branch pronouncing "nuclear" as "nookyooler." Please. If you cannot take a stand for responsibile foreign policy, environmental protection, renewable energy, women's rights, universal healthcare, and financial recovery, please at least take one for the language.

I reckon most Americans would have trouble spelling nuclear consistently let along saying it....

With Palin as VP, I will finally stop fearing the moose terrorists.